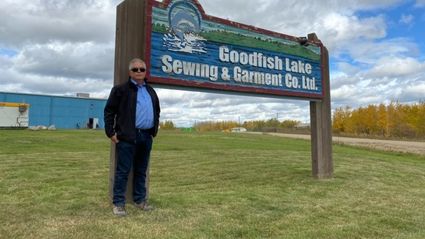 GOODFISH/WHITEFISH LAKE FIRST NATION, Alberta-Tom Jackson has watched his small northern Alberta First Nation evolve into a community with a growing economy thanks to abiding relationships with the energy industry.

Jackson, who lives on the Goodfish/Whitefish Lake First Nation, is CEO of the Goodfish Lake Business Corporation, which is 100 per cent-owned by the band some 200 kilometers northeast of Edmonton.

Even amid a global pandemic, the community has seized economic opportunities, and Jackson is deeply aware how important those partnerships forged with oil and gas companies have been to...