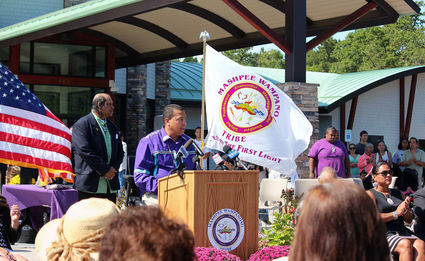 Courtesy of the Mashpee Wampanoag Tribe.

NASHVILLE, Tenn.-While most people in the United States have focused on the COVID-19 pandemic, a decision to revoke the reservation status of a Native American tribe's more than 300 acres in Massachusetts has gone relatively unnoticed, according to the Native American International Caucus of The United Methodist Church.

In a recent statement, NAIC leaders raised concerns about the Secretary of the Interior's decision to disestablish tribal lands of the Mashpee Wampanoag Tribe located on Cape Cod.

"The Mashpee Wampanoag have lived on their land for more than 12,000 years. After a decades-lon...