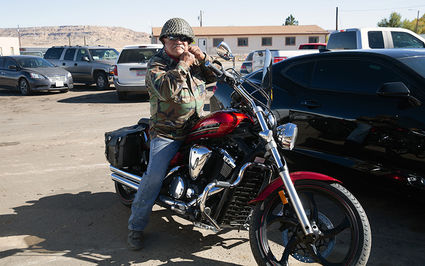 For Hopi veteran Clifford Balenquah, the issue comes down to a lack of communication between the Department of Veterans Affairs and the Native American veterans it serves. "Nobody consults us minorities, or people living in remote areas," he says.

KYKOTSMOVI, Ariz.-Vanissa Barnes-Saucedo was 21 when military recruiters stopped her in a shopping mall, waving enlistment papers in front of her. Although she says she wasn't entirely sure what she was getting herself into, she signed the papers anyway.

For the next six years, Barnes-Saucedo was stationed around the world: Virginia, Colorado, South Korea, Kuwait and Iraq. However, by the time she was honorably discharged in 2014, she suffered from post traumatic stress disorder.

When she returned home to northeastern Arizona, Barnes-Saucedo had difficulty navigating the Department of Vet...