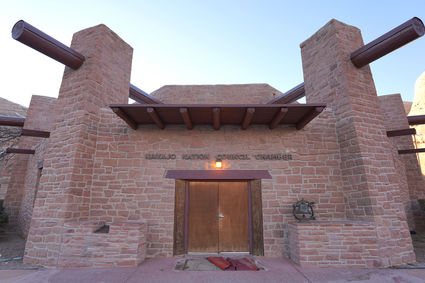 The Navaho Nation Courts are celebrating their 60th Anniversary at this year's Justice Day events.

Each year, the courts observe the establishment of the Navajo Nation's own judicial system with activities at celebrations known as Justice Day.

Before having its own court system, the Navajo Tribe had courts that were under federal government control. In the 1950s, a proposal was introduced in the state of Arizona to take over the Navajo courts using the then newly-enacted federal Public Law 280. The Navajo Tribal Council acted at that time to approve a resolution that abolished the Navajo...