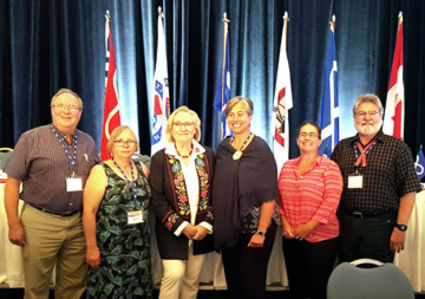 MNO President Margaret Froh and Dr. Carolyn Bennett, Minister of Crown-Indigenous Relations, were among those who signed the Housing Sub-Accord in Saskatoon, Sask.

This is the second Sub-Accord under the Canada-Métis Nation Accord signed in 2017. Earlier this year, a similar Sub-Accord was signed on skills and employment. Both housin...