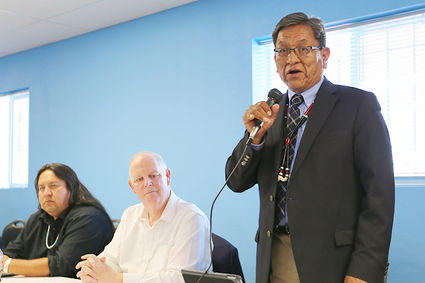 WINDOW ROCK, Ariz.-President Russell Begaye is applauding the U.S. House of Representatives for its unanimous approval June 7 of an amendment that allocates $1 million from the Department of Energy to expedite the cleanup of abandoned uranium mines on the Navajo Nation.

The amendment, introduced by U.S. Rep. Tom O'Halleran, D-Ariz., amends the Energy and Water Development and Related Agencies Appropriations Act to designate funds to the Defense-Related Uranium Mining Program, which oversees the cleanup of more than 4,200 abandoned uranium mines in the United States. The Navajo Nation Washin...