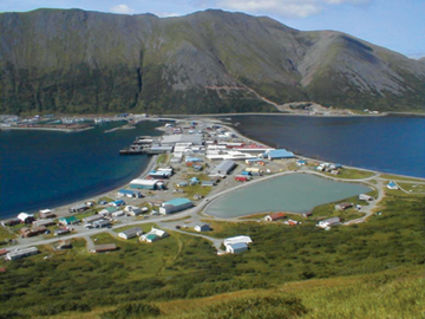 The remote village of King Cove, Alaska will now be able to better connect with more populated areas for services and healthcare.

WASHINGTON-In late January, U.S. Secretary of the Interior Ryan Zinke signed an agreement with the Alaska Native King Cove Native Corp., which is made up of tribal members from the local Agdaagux and Belkofski tribes, to build a life-saving road between the Native village and the nearby all-weather airport in Cold Bay.

For three decades the Aleut residents of King Cove Native Corporation in Alaska have tried to get federal approval for a 12-mile single-lane road corridor to connect their isolated area in the Aleutian peninsula to an existing road system in the Izembeck National Wildlife Ref...