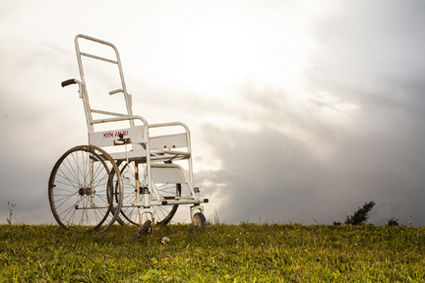 I was working for a summer camp as a Water Safety Instructor (WSI) pool lifeguard one summer when I was given Broken Bear. I do not know his real name and only know very little about him so I have given him the name Broken Bear.

Broken Bear was a Native American about eight years old when I met him. He had Cerebral Palsy, and his parents took him to the hospital and left him there when he was an infant. They never came to visit him, so he became a ward of the state.

He was in a wheelchair and had never walked. His hands, fingers, arms, legs, and feet were shriveled up; his hands held in a...