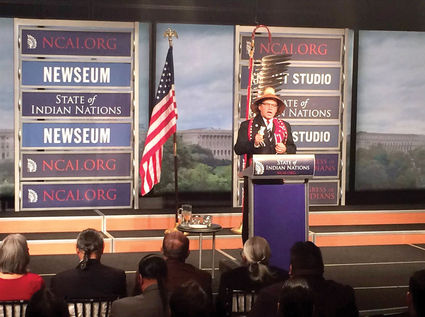 As the National Congress of the American Indians gathered in Washington, the United States Department of Housing and Urban Development (HUD) announced that it was awarding $715 million to tribes for their housing funds. Many of these tribes are members of the NCAI. Tribes could be in line for even more funds in 2017 under the recent budget the White House sent to Congress.

WASHINGTON, DC-Tribes across the United States, including the newest members of the federally recognized family, have been awarded more than $715 million in housing funds.

The largest chunk of $660.2 million came from the Indian Housing Block Grant (IHBG) Program at the Department of Housing and Urban Development (HUD). Recipients included the Pamunkey Tribe of Virginia, whose federal status only became final late last month (see article, page 3). The tribe's grant of $50,282 was among the smallest of the 587 that were announced on February 16. But it marks a significant step in addres...