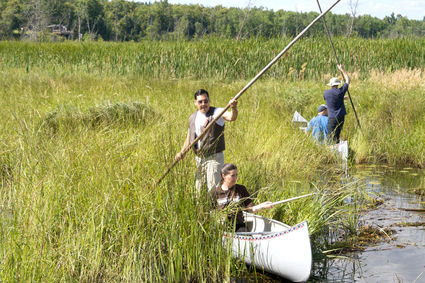 Four Ojibwe tribal members were charged after exercising their tribal treaty rights to harvest wild rice in northern Minnesota. They are asking the court to uphold their off-reservation rights as protected by an 1855 treaty.

DULUTH, MN-Four tribal citizens entered not guilty pleas after being charged for exercising their treaty rights in off-reservation areas of Minnesota.