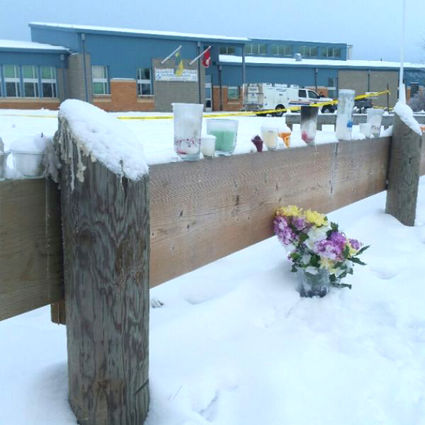 Almost a month to the day that a fellow student entered the school and shot a teacher and an aide and wounded seven others, students began coming back to classes. The First Nations community of La Loche has shown amazing resilience and strength.

LA LOCHE, SK-A month to the day after a shooter entered the school's doors and killed a teacher and an aide and wounded seven others, the doors were finally open for students at the La Loche school to return for classes. Two teenage brothers were also killed in a nearby home on the same day.

The accused killer, a 17-year-old boy, who can't be named under Canada's Youth Criminal Justice Act, was charged with first-degree murder and attempted murder in the January 22 shooting. His friends reported him to be an outcast and a victim of bullying at school.

According to The Canadian Pre...