Canada vows to do more than report calls for 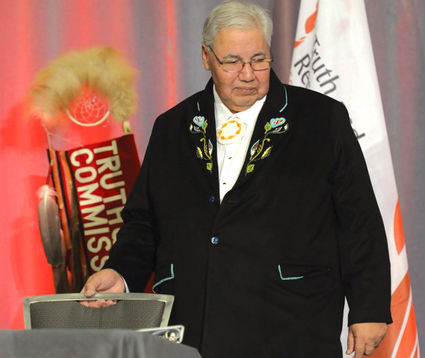 After six years of research, emotionally painful sharing, and months of writing, Justice Murray Sinclair looks at the volumes which make up the Truth and Reconciliation's final report on Canada's residential school system. Sinclair then presented the report to Prime Minister Justin Trudeau. "We need nothing less than a total renewal of the relationship between Canada and Indigenous peoples," Trudeau said. "I give you my word that we will renew and respect that relationship."

Prime Minister Justin Trudeau stated in his speech before the assembly that his government will do over and above what the TRC recommendations call for.

"We need nothing less than a total renewal of the relationship between Canada and Indigenous peoples," Trudeau told the crowd at the convention hall in downtown Ottawa.

"I give you my word that we will renew and respect that relationship."

The TRC commission included 94 recommendations. During the recent election campaign, Trudeau promised that if his party formed government, they would take action on all those recommendations.

The ceremony at the release of the final report shows that there seems to be a new relationship between Ottawa and Aboriginal peoples.

Eight years ago when the United Nations Declaration of Rights for Indigenous People (UNDRIP) was adopted, Canada did not sign on to that agreement. Because it is not a legal document and no nation is being held accountable, it was seen as a symbolic document. Canada did not like the language of that declaration, so it refused to sign the document both in 2007 and 2014.

When the TRC issues its executive summary of the final report, then prime minister Stephen Harper said that endorsing the declaration would not be necessary because "Canada is one of the very few countries in the world where Aboriginal treaty rights are fully recognized in our Constitution."

Just recently, the new minister for Indigenous and Northern Affairs, Carolyn Bennett, stated that the government would fulfill its promise in endorsing the UNDRIP and rebuild its relationship with Aboriginal peoples.

The Liberal government of Justin Trudeau has begun a national inquiry into missing and murdered Aboriginal women and young girls in Canada. In early December, it outlined the plan of meeting with the families of these missing women and girls and then in March, it will proceed to a second phase.

In 2008 when Prime Minister Stephen Harper stood in the House of Commons and apologized to First Nations leaders and people, this apology was made public and it was agreed upon by all three major political parties. "I stand before you, in this chamber so central to our life as a country, to apologize to Aboriginal peoples for Canada's role in the Indian Residential Schools system."

Now with a new government in place, once again we have more symbolism. When the final report was delivered to Prime Minister Trudeau, it was an emotional time for him as well as the hundreds of survivors of residential schools and those who worked tirelessly over the last six years to complete this report.

Indigenous peoples wait to see if, once again, the government moves past the symbolism and takes definitive action to further the healing process of truth and reconciliation. y 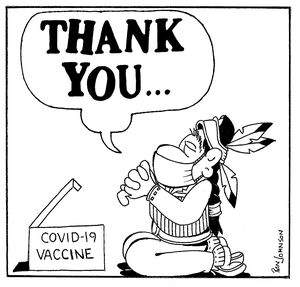