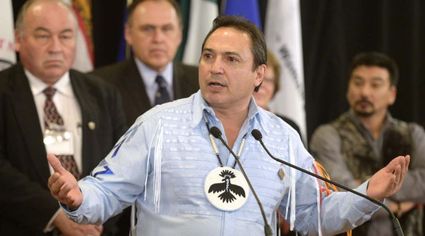 OTTAWA, ON-On the eve of the Truth and Reconciliation Commission releasing their final report, the Assembly of First Nations National Chief had to use strong words. AFN Grand Chief Perry Bellegarde stated that "closing the social and economic gap is a linchpin in reconciling Aboriginal People to the rest of Canada."

"I urge everybody across Canada to rid themselves of things like the misconceptions about Indigenous peoples, the discriminatory, racist attitudes that may exist, to move them out so that new things may come in," Bellegarde said at a news conference in Ottawa.