The loss of ancestral homeland: 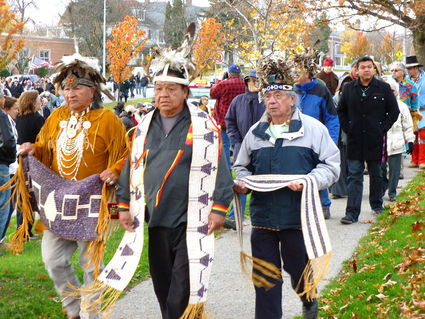 AKWESASNE, NY-The Aboriginal homeland of the Six Nations Iroquois (the Haudenosaunee) stretched from Lake Champlain and the Hudson River in the east, the Niagara River-Lake Erie in the west, Delaware River and the central Pennsylvania mountains to the south and the St. Lawrence River to the north.

Included in this region are not only large sections of New York but parts of Ontario, Quebec, Pennsylvania and Ohio. Within this area dwelt many tens of thousands of Iroquois along with refugees from dozens of other nations. Pequots, Nanticokes, French, English, Africans, Conestogas, Lenni Le...