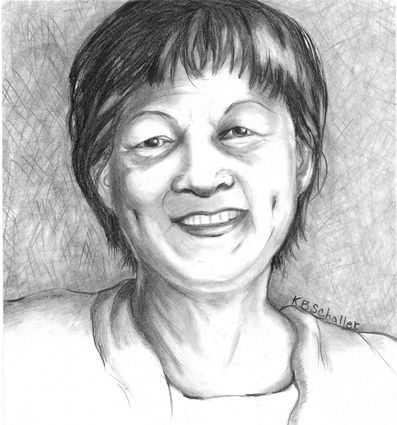 Along with Alberta's courage and the crucial testimony of Elizabeth Peratrovich, such statements helped to stir the collective conscience and contributed to the passage of the Alaska Anti-Discrimination Bill, which penalized racial discrimination in Alaska long before the Civil Rights movement took place in the rest of the nation. In 1955 when Rosa Parks refused to give up her bus seat to a white patron and sparked a bus boycott in Alabama, Alberta Schenck was belatedly honored as "the Rosa Parks" of her people for her courageous fight for equal rights. In 2011, Alberta Daisy Schenck was inducted into the Alaska Women's Hall of Fame.

Alberta Daisy Schenck was born in Nome, Alaska, to Albert Schenck, a Euro-American Army veteran of World War One, and Mary Pushruk-Schenck of Native Inupiat heritage.

Although Alaska was purchased from Russia by the United States in 1867, it did not enter the Union as the 49th State until January 3, 1959. Like the whole of American society in that era, prejudice against people of color and racial discrimination were the practices of the day.

In 1944, as a 15-year-old high school student, Alberta Schenck-along with her class-was studying about the Constitution, the United State...