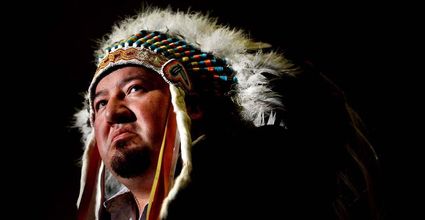 Assembly of Manitoba Chiefs Grand Chief Derek Nepinak believes that more discussion on urban reserves is a "nice beginning." He told the Winnipeg Free Press that "there remains a lot of misunderstandings about urban reserves in the greater community and a lot of positives can come out of this."

WINNIPEG, MB-At a conference on urban-reserve development, Manitoba chiefs began to take steps in a plan to develop urban reserves in and around Winnipeg.

The Long Plain First Nation Urban Reserve Conference set the stage for a promising future for First Nations in southern Manitoba. By the end of the conference, it was clear the next steps would decide the success of the venture.

Long Plain Chief Dennis Meeches and Teddy Nelson of the Southern Chiefs Organization have a plan that will bring financial success to their respective First Nations. According to the plan, Roseau River, Brokenhe...