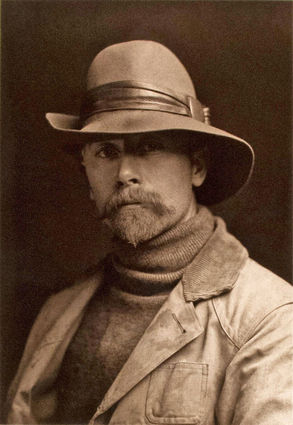 Edward Curtis lived from 1868 until 1952. He is best known for his iconic photographs of Native Americans. His travels took him to every nook and cranny of North America in search of Natives from as many tribes as possible.

"The information that is to be gathered...respecting the mode of life of one of the great races of mankind, must be collected at once or the opportunity will be lost," Edward Sheriff Curtis (1868–1952) wrote in the 1907 introduction to his first volume of The North American Indian. He began taking photographs as a teen and started traveling the West in 1898. Curtis devoted 30 years to photographing and documenting more than 80 tribes west of the Mississippi; when all was said and done, Curtis had taken in excess of 40,000 photos-all in natural light.