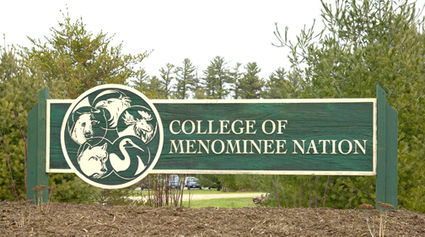 The Menominee Nation has made progress on many fronts such as their college. The Biofuels deal is just another step in forging them into the future.

MINNEAPOLIS, MN—The Menominee Indian Economic Development Authority (“MIEDA”) of Wisconsin and Applied BioFuels Corporation (“ABF”) of Tulsa, Oklahoma announce the signing of agreement for the placement of an ABF Energy Island. MIEDA’s former Chairman Bruce Pecore, stated “the Tribe is very excited about the long term benefits of our agreement with ABF and the Energy Island will give our tribe a chance to diversify into an alternative energy project that brings new economic development while creating sustainable new jobs.”  Pecore also stated that the tribe had signed a consulting agreement with a former high ranking administration official who would be helping MIEDA identify possible Federal funding sources upon receipt of White House approval.

The ABF Energy Island is a new concept developed over the past decade, developing marginal lands where non-edible feedstock is grown close to the Energy Island and then processed into biofuels.  ABF’s CEO, Chris Fleischer adds “this is a great business model that is a win-win situation for everyone involved, a win for the environment, and for the entire Country since it results in a reduction of our dependency on foreign oil”.

All are hopeful that construction will commence late summer and be completed for next season’s harvest.  Fleischer estimates that the facility will be hiring between 50 and 60 employees when operational, but will also add an equal number of support jobs and construction jobs.

Theron “Scarlet Raven” Thompson of Scarlet Raven Limited, is a consultant with ABF, and took the MIEDA project from concept to signing.  Thompson is a member of the Board of Directors for the Native American Tribal Energy Association, and he says, “the Energy Island concept is a strong economic development opportunity that all Tribes could participate in and I am proud to be part of this endeavor with MEDIA and the rest of Indian Country.”