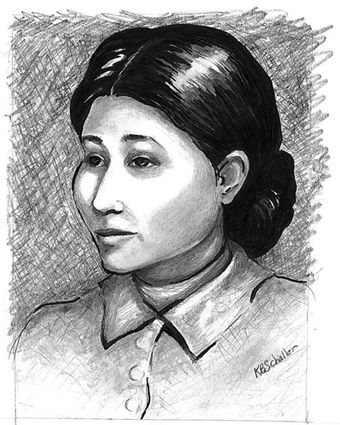 Born during a time when racial and gender bias were instilled in public thought, Susan LaFleche-Picotte was indeed a woman far ahead of her time.

This article by KB Schaller is first in a series that will focus on the achievements of Native American Women.

When most Americans think of visiting a physician for an ailment, most likely a Native American woman does not come to mind—and even less likely in prior centuries. But Susan LaFleche-Picotte opened the door to the breaking of that mindset in 1889 when she became the first Native American woman in the United States to earn a medical degree.

Susan was born in 1865 on the Omaha, Nebraska Reservation. She was the daughter of Omaha Chief Joseph (Insta Maza, “Iron Eyes”) LaFlec...