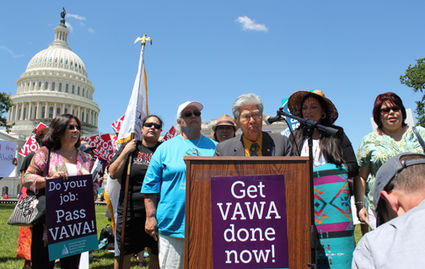 HELENA, MT—Native women advocates in the United States are praising lawmakers for passage of an inclusive, bipartisan Violence Against Women Reauthorization Act that would afford protection to all women and victims of domestic violence. The bipartisan bill, S. 47, passed by the Senate in February 2013 and now by the House, 286 to 138, includes critical provisions to restore and strengthen tribal authority to protect Native women from violence in Indian Country. The hard-fought passage comes over 500 days after VAWA expired and the legislation stalled during the 112th Session of Congress....