By Robert Little Fox Hill
as told to Jim Uttley

What fruitcake taught me about unconditional love 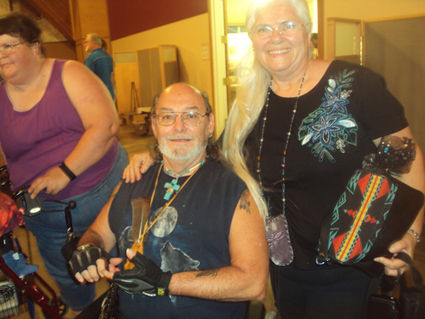 Robert Little Fox Hill, seen here with his wife Janice (right), knows what it’s like to be abandoned and go hungry. He also knows what it means to be rescued. “Whenever I eat fruitcake, it reminds me of what Christ did for me when He rescued me.”

My name is Robert Little Fox Hill and I was born in Palao, California, on December 24, 1947. I know that because it’s on my birth certificate.

Three days later we moved to a reservation in Oklahoma. For the next seven years, that’s where we lived.

My biological father was wounded in the Korean War. His whole platoon was thought to be dead. They left the bodies in the field for three days and when they went out to pick up the corpses, they found him still alive.

After that he got hooked on drugs trying to deal with the pain of his injuries so the Army did a nice thing for him—they kick...