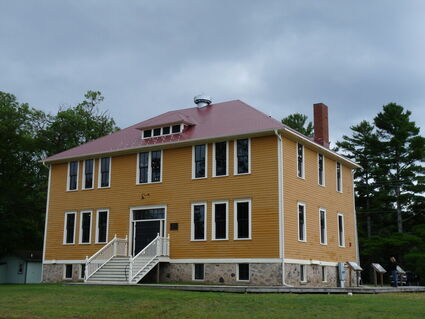 The boys' dormitory at Lac du Flambeau in northern Wisconsin, built in 1895, is a reminder of the government boarding school, which took young native Americans from their families.

PHOENIX-When the Phoenix Indian School was established in 1891, the top federal administrator considered it a budgetary win to send Native American children to boarding schools to enforce assimilation into white society.

"It's cheaper to educate Indians than to kill them," Indian Commissioner Thomas Morgan said at the opening of the school.

The true cost of Indigenous boarding schools in the United States and Canada, and the abuses Native Americans endured in them, continues to be revealed. With nearly 1,000 bodies in mass graves discovered this month on the grounds of Canadian boarding sch...