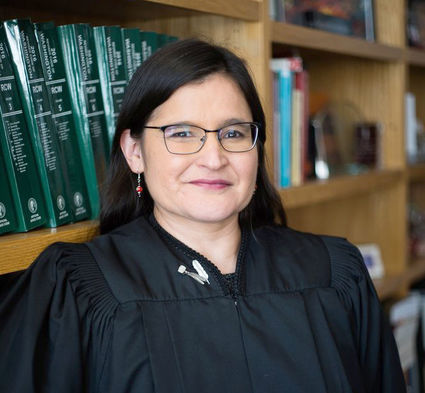 Raquel Montoya-Lewis is the first Native American to be appointed to the Washington Supreme Court.

Montoya-Lewis's experience includes serving as the chief judge for the Nooksack and Skagit tribes and the Northwest intertribal courts. She has been an associate professor at Western Washington University, and is in her fifth year on the Whatcom County Superior Court, to which she was appointed by Inslee and ran unopposed for election and later for re-election. Montoya-Lewis preside...