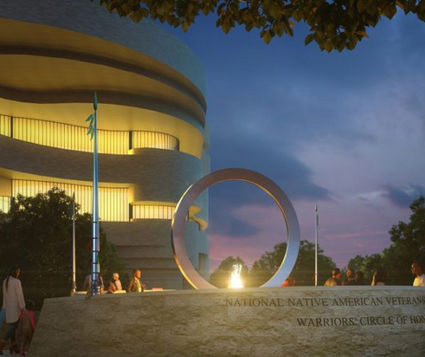 WASHINGTON, D.C.-Recently, the Smithsonian's National Museum of the American Indian, which sits on the National Mall in Washington, broke ground for construction of the Native American Veterans Memorial. The memorial, named Warrior's Circle of Honor, will be built on the grounds of the museum.

The $15 million memorial will take over a year to construct and is scheduled to be dedicated on Veterans Day 2020.

"The circle is something that is really meaningful to most­- if not all-Native communities in different ways," said Rebecca Trautman, curator of the National Museum of the American In...