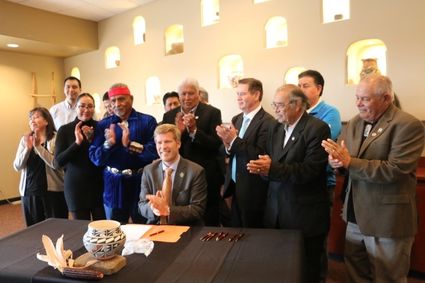 The ordinance recognizes tribal sovereignty and self-determination for tribal governments and requires the city to establish a government-to-government relationship between the city and the surrounding Pueblos and Tribes. It increases the size of the commission from five to nin...