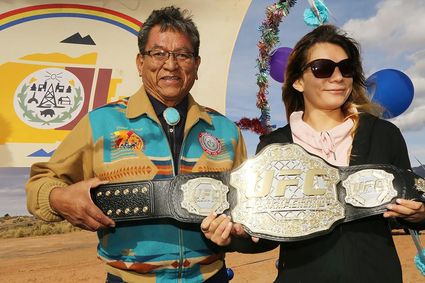 Montaño, who grew up on a Navajo reservation, had considered going back to school and quitting the mixed martial arts sport earlier last year. But then the UFC opened a 125-pound division and assembled a cast of female flyweights for their TUF reality series.

Montaño is one of the least experienced champions in UFC history. After her victory, she immediately acknowledged who she was, where she came from and tied her lan...