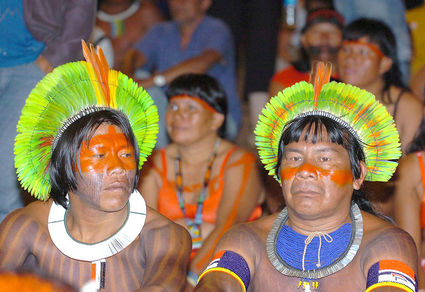 Brazil's Awá people live by hunting and foraging in the northeast of the Amazon rainforest. However, it is taboo for Awá hunters to kill certain animals, including endangered harpy eagles, hummingbirds, and capybaras. The Awá have a deep understanding of the environment and their place within it.

Here are eight amazing ways in which tribal peoples are the best conservationists and guardians of the natural world:

1. The Baka "Pygmies" have over 15 words for elephant

The Baka people know so much about elephants, they have different words for them according to their sex, age and even temperament.

Studies have shown how the Baka in many areas live alongside high densities of endangered species. One Baka man told Survival International: "We know when and where the poachers are in the forest but no one will listen to us." Instead of tackling the causes of environmental destruction, c...