The Buffalo are coming back!

A gift of reconciliation 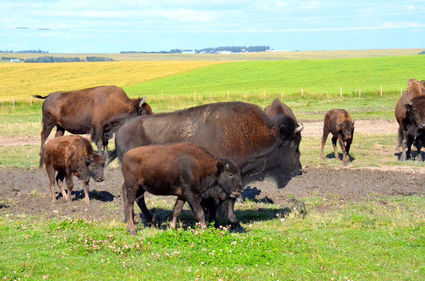 Less than three percent of the 800 reservations across Canada and the U.S. have buffalo but that is slowly changing thanks to a small group from the South Pacific.

BALCARRES, SK-In June 2015 a remarkable event happened in Saskatchewan which received little media attention. On June 10, buffalos came back to the Peepeekisis Reserve, 45 minutes east of Regina. These buffalo were a gift to the 2,500 Peepeekisis residents as a gift from a group of Pacific Islanders and Canadians.

In December 2014, 20 pregnant buffalo were released on Peepeekisis land. By June 13 had given birth. In June, the bulls were delivered before mating season in July.

What's the story behind this? Well, buffalo were crucial to the Plains Indians for hundreds of years. Two...