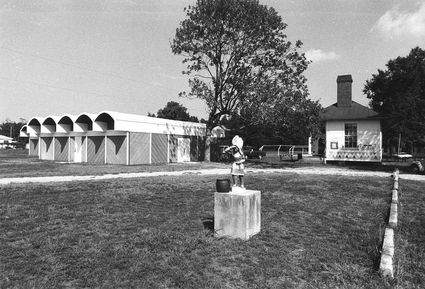 Part of the small reservation of the Pamunkey Nation which recently became the 567th federally recognized U.S. Tribe just in time to receive a large grant from the government.

RICHMOND, VA-A small opposition group is conceding defeat after failing to derail federal recognition for the Pamunkey Tribe of Virginia.

Cheryl Schmit of Stand Up for California believes she raised important questions about the tribe's status. But she told The Washington Post that other entities will have to carry on the fight after the Interior Board of Indian Appeals dismissed her challenge.

With the appeal-which was the only one filed-out of the way, the Pamunkeys will now become the 567th federally recognized tribe in the United States. The tribe is the first in Virginia to c...