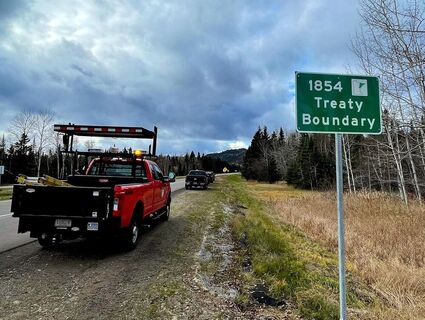 The Minnesota Department of Transportation is installing 12 signs to mark the boundaries of a treaty signed in 1854 by three tribal nations and the U.S. government. One of the signs was installed on Nov. 1 along Highway 61 near Grand Portage.

DULUTH, Minn.-During Native American Heritage Month, the government in Minnesota has acknowledged the 12 tribes of the state in a new way.

The Minnesota Department of Transportation installed the first sign on Nov. 1 on southbound Highway 61, just south of the Canadian border and near...