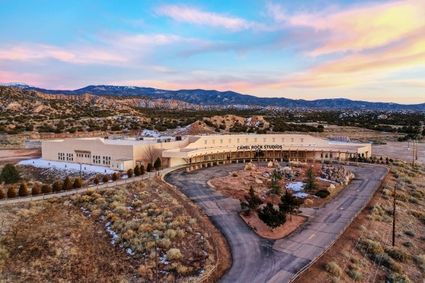 The studio is designed to offer location for external or internal filming. Outside, the studios feature 27 square miles of tribal land including stunning desert and the iconic Camel Rock formation in the red-brown foothills of the Sangre de Cristo Mountains.

Inside filming can take place in a former casino that the tribe has converted into a movie studio campus with more than 25,000 square feet of filming space.