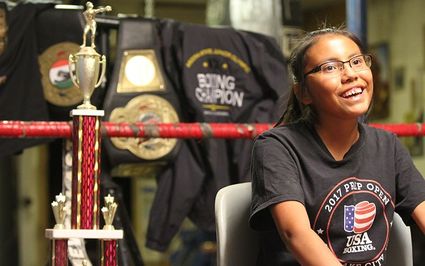 Mariah Bahe is the reigning Arizona State Junior Olympics champion and qualified for the 2018 Elite and Youth National Championships and Junior and Prep Open in Salt Lake City.

In and around this small town on the Navajo Reservation, house numbers rarely exist. And Google Maps can't quite explain that, off Indian Route 7, less than a quarter mile west of the Chevron gas station, there's a dirt road that, after three right turns, leads to the gym and another sign, this one warning "Beware of Dog."

The modest gym, which was built on a patch o...