Beyond the reservation: NABI focuses on education as well as basketball 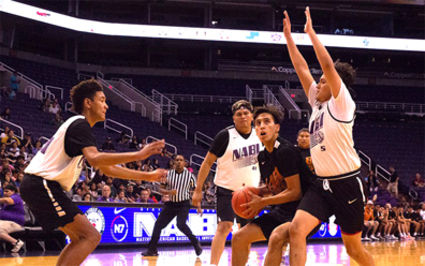 Arizona's CDM Fort McDowell lost to Florida's Savage Storm in the NABI's boys Division I final, which was played in July. The NABI Foundation has provided more that $250,000 in scholarship opportunities to Native basketball players.

PHOENIX-As Samantha Quigley tears down another rebound, she sees more than a basketball. In her hands is something beyond an object that she can dribble around defenders and put through a hoop with ease.

It's a ticket to a better life.

"Basketball is, like, the only key to go a long way if you're a native," said Quigley, the starting forward for the Navajo Nation Elite. "Basketball taught me a lot and it can help me get off the reservation."