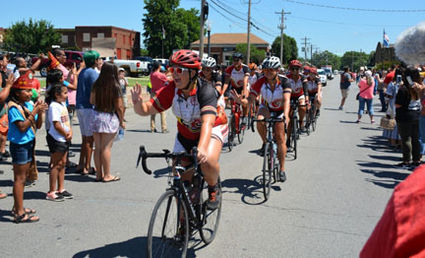 TAHLEQUAH, OKLA.-Cyclists from the 2018 Remember the Removal Bike Ride arrived in Tahlequah Thursday, finishing their three-week trek that retraced the northern route of the Trail of Tears.

The ride started on June 3 in New Echota, Georgia, the former capital of the Cherokee Nation prior to forced removal to present-day Oklahoma. Cyclists from the Cherokee Nation and the Eastern Band of Cherokee Indians rode nearly 1,000 miles through portions of seven states.