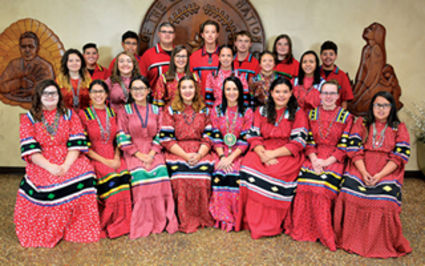 This year's award marks the fifth honor-referred to as a NAMMY- the Cherokee National Youth Choir has garnered since the choir's inception in 2000. The youth choir was also nominated for Group of the Year and Record of the Year for its latest album.

"We were so excited to win Best Pop Recording at the Native American Music Awards," Cherokee National Youth Choir Director Mary Kay Henderson said. "Our CD, 'Celebration,' is a...