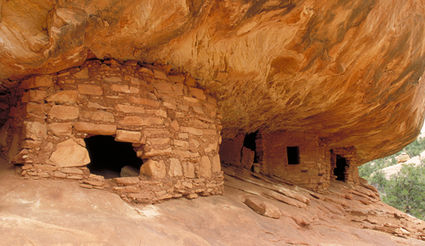 Only 9.2% of the Bear Ears Monument has been inventoried and has more than 9,000 Native American sites and historic structures.

Bear Ears Monument in Utah remains in the middle of controversy. The state of Utah has submitted maps to the Interior Department that show Bear Ears National Monument cut in size from 1.35 million acres to approximately 120,000 acres.

While the Trump administration has not announced a final decision on the state's vision, Utah Senator Orrin Hatch has issued a press release praising the administration's impending decree.

Governor Gary Herbert's office argues that the state's proposal will do more to preserve the region's archaeological sites and ensure the sanctity of its scenic and fragil...