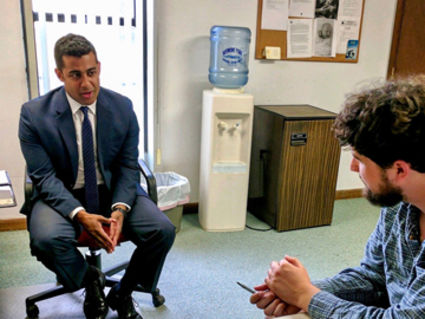 Jacob Ventura seeks to be the first citizen of a federally-recognized tribe in the Massachusetts Legislature.

FOXBORO, MA-Jacob Ventura, a citizen of the Aquinnah Wampanoag Tribe, is hoping to make history in Massachusetts.

Ventura, a Republican, is running to represent the Bristol and Norfolk District in the State Senate. If he wins, he will be the first citizen of a federally-recognized tribe in the Legislature, according to The Foxboro Reporter.

"I think we're going to win," said Ventura, who maintains a presence on Twitter and Facebook. "We have a great team of supporters and staff."