Wisconsin Congresswoman and Tribal leader stand together to strength VAWA 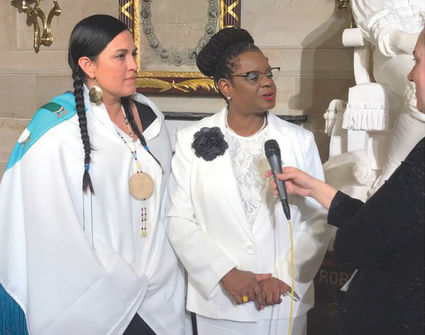 WASHINGTON, DC-Congresswoman Gwen Moore (WI-04) invited former Tulalip Tribal Board Member Deborah Parker from Washington State to join her in the House of Representatives to listen to U.S. President Donald Trump's first speech to a joint session of Congress. Parker joined her "to help stress our shared moral imperative to safeguard our nation's most vulnerable." 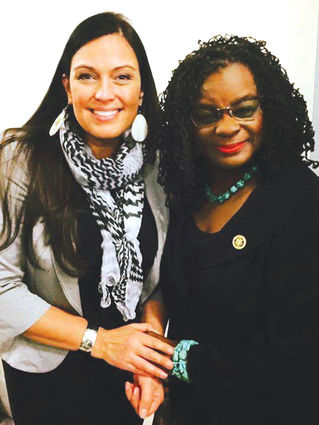 Rep. Moore was very disappointed that this administration while making a commitment to national security, failed to even mention how they will protect America's women and daughters.

Deborah Parker "was instrumental in helping me reauthorize the Violence Against Women Act (VAWA) in 2013 to include provisions for Native American women and girls. With VAWA grant funding in jeopardy of being eliminated by the Trump administration, Deborah's unique voice and steadfast advocacy is needed now more than ever."

An average of three women are killed by a current or former partner every day in the United States.