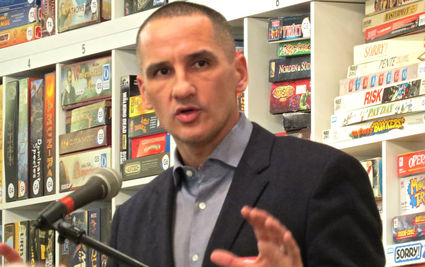 Former Manitoba politician Kevin Chief resigned in December and has since accepted a position with the Business Council of Manitoba.

Kevin Chief, the former Member of the Manitoba Legislative Assembly (MLA) with the New Democratic Party (NDP), has a new job. He is now serving as Vice President of the Business Council of Manitoba.

Chief left the legislature where he represented the riding of Point Douglas in Winnipeg since 2011.

"I will have the opportunity to continue to work with young people," Chief told the Winnipeg Free Press. "Many of the members (of the BCM) who I met with said they were very committed to make sure the opportunities would be there for young people. It's a good fit for me. I'm pretty excit...