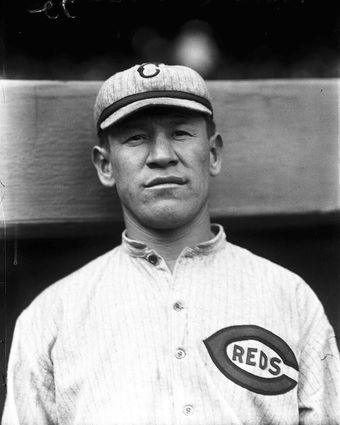 The remains of America's greatest athlete, Jim Thorpe, Sac and Fox, is the focus of a dispute between his family and the Borough of Jim Thorpe, PA. Thorpe's sons, Bill and Richard Thorpe, along with the Sac and Fox Tribe, have petitioned the U.S. Supreme Court to allow their father to be returned to Oklahoma, the tribal land of his birth.

The Sac and Fox Nation and two sons of the legendary athlete and Olympian Jim Thorpe are asking the U.S. Supreme Court to take on their case.

Thorpe died in 1953. As he was about to be buried in Oklahoma, where he was born, his widow had the body taken to a newly-created municipality in Pennsylvania called the Borough of Jim Thorpe.

Along with the tribe, Bill and Richard Thorpe say their late father belongs on Sac and Fox land in Oklahoma. The 3rd Circuit Court of Appeals, however, refused to apply the Native American Graves Protection and Repatriation Act and return the remains....