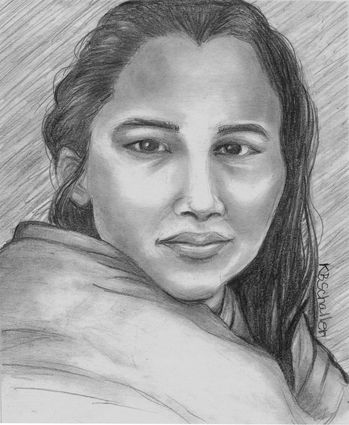 Perhaps best known as the voice and model for animated movie Pocahontas, Irene Bedard was also named one of the "World's Most Beautiful People" by People Magazine. Although she plays Native American characters with great emotional depth and is proud of her heritage, she also longs for opportunities to expand her acting experiences through portraying characters that are not necessarily ethnically-linked.

*The voice and model for animated movie Pocahontas.

*Named by People Magazine, "One of the World's Most Beautiful People".

Irene Bedard (Métis/Cree/Inuit) was born in Anchorage Alaska and reared in its suburbs where she was active in performing arts. She studied musical theater at the University of the Arts in Philadelphia and went on to become one of the co-founders of the Chuka Lokali Ensemble Theater for Native Americans in New York City.

She began her acting career in 1994. She played a supporting role in the Disney adventure film, "Squanto: A Warrior's Tale."