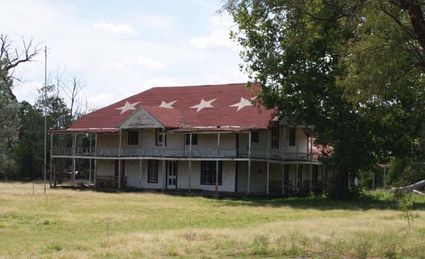 The Quanah Parker Star house was built around 1890 by the Comanche chief and purchased by his daughter, Mrs. Birdsong, upon the chief's death in 1911. Although no one can be certain why Parker painted the stars on his roof, lore has it that he meant it as a display of rank and importance equal to a military general. The Preservation Oklahoma organization has listed the Star House as endangered.

The Star House today belongs to Wayne Gipson and his sister, who inherited it from their uncle, who obtained it through a trade with Quanah Parker's daughter in the 1950s. Quanah's daughter left the future of Star House up to the Gipson's uncle.