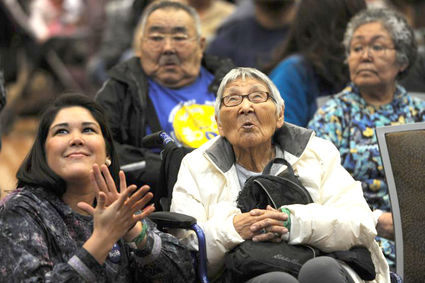 Alaska's governor chose to delay signing the language bill into law in order to sign it at the AFN convention in Anchorage. Many elders were present for the signing, legislation they waited their whole lives for.

House Bill 216 designates 20 Native languages as official in Alaska. Parnell intentionally delayed signing it into law in order to present it during the Alaska Federation of Natives convention held October 23-25 in Anchorage.

"It passed in April," Georgianna Lincoln, an AFN board member and former state lawmaker, told The Alaska Dispatch News. "One half a year later he wants the signing at the AFN convention? Now isn't that politics?"

Parnell, who ran for reelect...