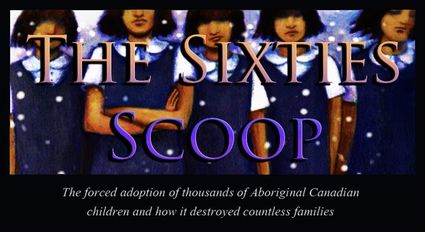 The 60s Scoop is about the forced breakup of thousands of families and the abandonment many suffered because the Canadian government thought it had another plan to try to "melt Aboriginals into the melting pot of American society."

OTTAWA, ON-If you were born in Canada before 1980, you will most likely remember what's now become known as "The Sixties Scoop." This is when thousands of First Nations babies and children were adopted out to non-Native families. These victims are now adults and from all accounts, many if not all, bear emotional scars from this major event in Canadian history. They now want the Government of Canada to apologize as they have done to former students of Residential Schools.

Coleen Rajotte, a Winnipeg filmmaker, is one of them who was taken from her family and placed in the home of strangers a...