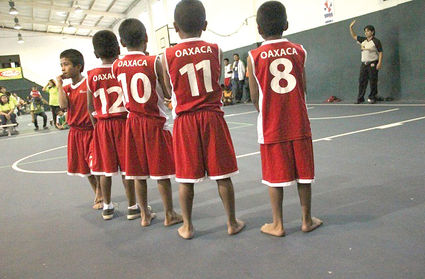 These young Trique boys took their team to victory playing without their shoes. They, like many young Mexican Indian boys, go without shoes because their parents can't afford them.

A team of Indian boys from Mexico swept the International Festival of Mini-Basketball, all while playing without shoes.

The team from the Academy of Indigenous Basketball consists of boys of Trique heritage. Most are accustomed to going without shoes because their families can't afford them.

"For them it's normal to not have shoes, to walk barefoot," Ernesto Merino, one of the coaches who is also Trique, told the Associated Press.

Despite the lack of shoes, the team won the tournament, which was held in Argentina, 6-0.