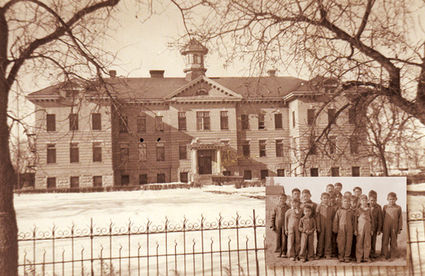 “These are actual confirmed numbers,” Alex Maass, research manager with the Missing Children Project, told The Canadian Press. “All of them have primary documentation that indicates that there’s been a death, when it occurred, what the circumstances were.”

Disease was the biggest killer of students attending these schools and tuberculosis was the most devastating. According to the report, this was due to ignorance about how the disease spread and the proper ways of treating such a dangerous illness.

Maass stated that these schools were ‘a particular breeding ground for (TB). Dormitories were incubation wards.”

Many students were physically, mentally, and sexually abused. Some committed suicide and others died while trying to escape the schools.

Some of the most tragic stories of those who died were the ones who ran away from the schools in the dead of winter and were found frozen in the ice and snow. The most sad was a group of four students who were found in January 1937 huddled together—two were 8 and two 9—on Fraser Lake, not more than a kilometer from home.

“The ‘capless and lightly clad’ boys had left an Indian school on the south end of the lake ‘apparently intent on trekking home to the Nautley Reserve,’ according to the CP report.

Speaking in Vancouver, Acting Aboriginal Affairs Minister James Moore said that the deaths were “a horrific circumstance” of the Indian residential school system. “The residential school fact of Canada’s history is a Canadian tragedy,” Moore stated.

Thousands of survivors sued the churches that ran the 140 schools on behalf of the Canadian government. Prime Minister Stephen Harper publically apologized to First Nations people in 2007 as part of a $1.9-billion settlement.