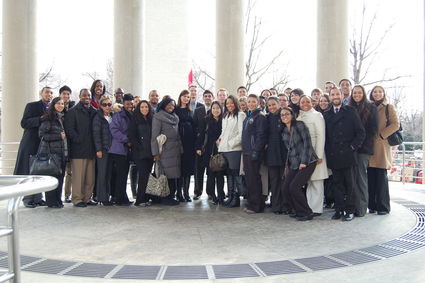 There has been an increase in the number of Native American male students attending college. Here are a mixed group of students representing several different groups including the Native American Political Leadership Program (NAPLP), visiting the Canadian Embassy in Washington, D.C. They are part of SIWP (Semester in Washington Politics).

“In the settings among indigenous people where you have to consider the cultural significance we serve, it is important to help male members,” says Dr. Elmer Guy, president of Navajo Tech. “It’s an important piece,” says Guy, echoing the sentiments of others.