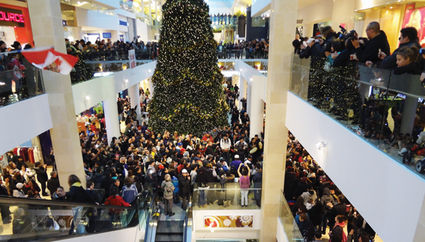 Idle No More flash mob in the CORE Shopping Centre in downtown Calgary.

VICTORIA ISLAND, ON—The Christmas festivities took on an unusual tone with flash mobs, a rail blockade and continued social media campaigns that have swept across Canada and don’t show signs of letting up.

Coinciding with this is a hunger strike by Attawapiskat Chief Theresa Spence whose fast is aimed at gaining a meeting with Canada’s Prime Minister Stephen Harper together with First Nations leaders and a member of the Crown.

According to those close to the chief, Spence is fasting for many reasons that are important to Aboriginals. Since she began her fast on December 11, 2012, th...