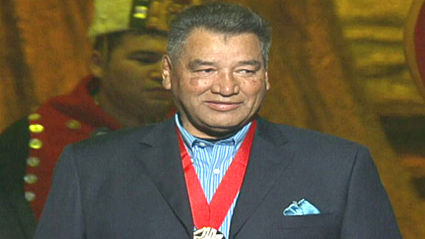 The role that Jim Sinclair played on behalf of First Nations and Métis peoples is unlike any other in our time.

REGINA, SK—Jim Sinclair, one of the most significant figures in the advancement of Aboriginal interests in Canada, died November 9, 2012, at the age of 79. Sinclair was a founding member of the Native Council of Canada, now known as the Congress of Aboriginal Peoples, and the Métis National Council.

In 1982, Sinclair led the effort, which wound up in the courts, to have Métis recognized in the Constitution.

“He was a leader like none we’ve ever seen before,” Don Ross, a long-time friend of Sinclair, told CBC News. “And chances are we’ll never see another one like him. He had...