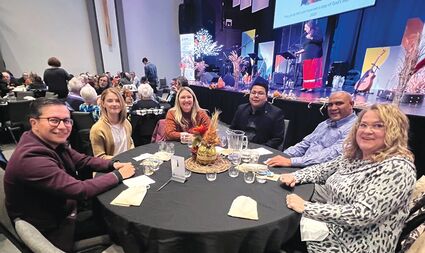 WINNIPEG, Man.-In December, Indian Life Ministries hosted an annual banquet for 130 constituents and friends of the ministry. The banquet was themed, "But God Gave the Growth" and featured ministry from Steven and Noemi Keesic, who have served with the Adult and Teen Challenge program, Grand Chief Anishininenew Okimawin, Rising Above Band, and NEFC Representatives Kene and Milly Jackson.

"The 2022 ILM banquet celebrated the goodness of God and his faithfulness to this ministry," say Krystal and Todd Wawryzniak, the ILM director team. "We recognize that many people plant, and many people water, but it is God who gives the growth. Indian Life Ministries has much to celebrate."

Some of the highlights from the banquet:

• ILM staff explained that in the past two years, Indian Life's prison correspondence team has grown from five to nine people who faithfully respond to those who are incarcerated and desire feedback.

• Rilla Unger was introduced and received a standing ovation. Rilla has been corresponding with inmates who write in to ILM for more than 30 years. Even though she has passed her 90th birthday, Rita continues to minister. The director team shared this related story:

"A gentleman called the ILM office, asking to speak to Rilla. Todd explained that Rilla doesn't work in the office, but asked if he could pass along a messege. The gentleman said when he first wrote in to Indian Life, he never expected to receive a response, but he did. The letters he received from Rilla were always encouraging. Over time, she challenged him to memorize scripture, starting with Psalm 23.

"As he served out the remainder of his sentence, he became an evangelist behind prison doors, sharing the Good News with other inmates. Eventually, when he was released, he realized he wanted to start his own ministry. He knew motorcycles and the gospel, so he started a bikers ministry. He and his team ride around the USA sharing the good news of Jesus. He's also started a ministry encouraging youth in their gifts and showing them a reason for hope."

• Howard Jolly sang his song "Redeemed Redman." As a young boy, Howard believed that the only good redman was a dead one; that if he wanted to be somebody, he had to be white. Howard tried to end it all, but the Lord simply would not allow him to succeed. Howard found Jesus Christ, awakened to the beauty of his life, was told that he was someone Jesus would die for, and was redeemed. In his song, Howard shared his war cry of finding who he was as an aboriginal person and celebrating who God made him to be.

• Grand Chief Scott Harper gave his testimony, talking of how God has faithfully answered his prayers. He shared that even when those answers didn't look the way he thought they would, they were always for his best and he is thankful. 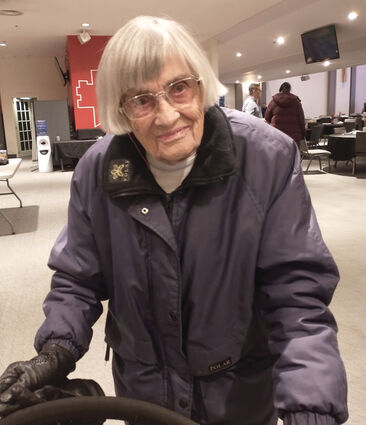 • Steven Kessic's message from Matthew 22:37–40 challenged participants to determine what their hang-ups are and hang the on the cross. He pointed out that Hebrews 12:1 says to lay aside every weight and sin that entangle us, noting that not every weight is sin, but still weight slows us down and burdens us. He challenges, "Can you imagine how much growth would happen if we all focused on what Jesus did instead of being hung up on hang ups that separate and divide? So lets hang it up!"

• ILM staff noted that the Lord has used ILM in the past year to sponsor or participate in such events as the Indigenous Couples' Getways, Native Youth Conference, MissionFests in Winnepeg and Seattle, Beaver Lake Camp, tent meetings, and the Healing All Nations conference, as well as a few others.

• Participants received a packet of seeds as a reminder to plant their own seeds of ministry and to pray for ILM.

Plans will soon be underway for the next annual ILM banquet in Fall 2023. Watch for more information in future issues of Intertribal Life.